She says, we’ve got to hold on to what we’ve got
It doesn’t make a difference if we make it or not
We’ve got each other and that’s a lot for love
We’ll give it a shot

from
Livin’on a Prayer from Bon Jovi 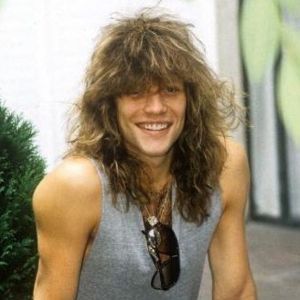 I once had a conversation on Twitter (under my pen name) with a politician who started following me, because my bio said I was inspired by Bon Jovi.
He added:
“As a true socialist, I do think Tommy and Gina deserve more than just each other.”
Naturally, I agreed.

In the Netherlands, entire social structures have collapsed. Tommy and Gina would be worse off now, than in 1986.
Yet that was not the reason why I used to experience a totally unfamiliar desire for my life to end, whenever I went looking for a job.
I knew this was not just strange but also ungrateful:
Tommy and Gina would have been THRILLED to even have a job!

The two characters from Bon Jovi made me realize more than anything, that I was not seeing clearly. That somewhere in my head, two circuits were connected that shouldn’t be. Or not connected, where they should have been.
Either way, it puzzled me.

First I thought it had to do with the type of job.
And that if I could find the ideal job, I would be okay. But then when I did find that, my response was the same.
And the thing I tried after that?
Same response.

By the time I had dealt with unexpected suicidal thoughts three times, I decided to see a doctor.

Now, just to give you an idea of how overtaxed our health system is (could this perhaps be because health care is the only government funded social structure still in place?!) we are now at the point where suicidal thoughts are normalized. It has taken me several visits to the GP to get the right referral, and I m still nowhere near actually getting help. February 2020.

So perhaps it is a good thing that I did not wait for that, and tried to solve my problem best I could, by trying on different diagnoses. The one that fit me like a glove was Asperger syndrome, autism.
The results of looking at my life through the lens of autism, have been nothing short of phenomenal.
When I imagine an autism-friendly job, with highly specialized work, uninterrupted work flow, and minimal to no social interaction?
Bring. It. On!
I honestly can’t wait to start.

Once I designed a job, bearing in mind the strengths and the weaknesses connected to autism, my despair completely disappeared.
It was hacked.
I m good to go.
And I was very surprised that I wasn’t half as hung up on doing my purpose work, my writing, as I thought I was. But this does not mean that I m giving up on my dreams!

My dream is to earn a full living publishing my books.
I write under this name, Suzanne Beenackers, but the majority of my work and all the books I ve already published are under a pen name.
My goal is to have a full income publishing under both names, but this will require careful planning.
If I start working 40 hours for an employer, then how will I do that?

That’s why I ve made a list of priorities, which may come as a surprise.

priorities next to a full-time job

I will start full-time employment as soon as possible, and until that time I will work full-time publishing my books.
Either way, the years where I could wake up and start writing and creating, are over, at least for now.
But I no longer consider that a problem.
After all, that’s how everybody lives.

And I ve devoured more books on how to make your side hustle work, than there were Bon Jovi songs on last night’s set list.
(Rio de Janeiro)

So now that I will be working a regular job, what choices will I make for my free time?
At number 3:

If I one day want to make a full income from my books, I need stay in communication through social media and write or create something every day.

Yoga, fresh air, and a clean house are important for my mental health. I m absolutely prioritizing that.
Unless of number 1!
Then I choose number one 🙂

This was a difficult decision because prioritizing fun sounds so frivolous. But ultimately I know this is right. And that if I wouldn’t make this my number one in theory, I would still do so in practice.

I will always choose seeing a friend, doing my volunteer work, or teaching a yoga class to my old students, over my other leisure time priorities.
And my sexuality*, has an even higher priority.

Because my entire creativity, my vitality, and my entire lust for life, is rooted in my sexuality.
Without that, nothing would work.

This doesn’t mean that I need a lot of lovers or anything like that. It simply means like I need to feel, like I have a lot of lovers.
Which is a different thing.
But I need to be in a state of constant expectation, and excitement. There is no other way to put it. And it really hardly even matters what (or who) I have to “show for it”. As long as I feel on top of the world as a woman, and fully owning my power and my sexuality, I m good to go.

The politician was right.
Tommy and Gina do deserve more than just each other.
But it’s good the know that technically, you don’t even need that.

* Still unsure of what prioritizing sexuality means, if it’s not sex?
Here’s an example:
Jon Bon Jovi and a fan on stage, yesterday night.
It’s sexy, it’s loving, it’s very consensual.
And it takes a hell of a lot of practice: