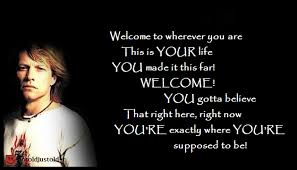 Regardless of how the chips may fall, who gets the girl, who saves the day, who is the hero or who the villain – who failed and who succeeded – there is ALWAYS a turning point.
Either in a good, or at least a more satisfactory or finalized way.
Where, as time passes, you see the end result of where it was leading.
Or, which happened the last three weeks in which I did not write for this blog and everything I created for this account on YouTube and the things I did behind the scenes were a mixed bag at best, things only get worse.

It wasn’t until today that I realized me figuring stuff out, was (obviously) not working.
And that if taking time off or trying to correct things, was actually only messing it up more – it was time for a different approach.
To show up in the divine (or diabolical) work of progress this site and this account is, and to just tell that story.
To at least share, in as minimal words as I possibly can, why I lost my vision of what it is I do here.
But why I can’t let go.

So let’s start with what I tried to fix:
One year ago I started “Rock Star Yoga”, a new way of doing yoga, which I was going to talk about on YouTube, do for myself in my own yoga practice, and I started this blog to write about it.
But the most consistent in all of those things, turned out to be my writing.
That is why, about ten days ago if I recall, I renamed this website as well as our Facebook page to Rock Star Writer.
I think Rock Star Writer is the best way to describe what I do here:
I write.
And I like rock.
And even though I also occasionally do rock star yoga, and I have a lot to say about rock star inspired mindset principles (f.e. Show up “wherever you are”, and as you are, would be our mindset or life coaching theme for today);
I ve felt uncomfortable having the service based ring to “it” (yoga), almost from the start.
Even though I was not selling Rock Star Yoga, wasn’t teaching it in person, and I didn’t (and don’t) have a book out. Even though there’s no community, tribe, following to create with this blog either (these are all marketing terms) because I m such a loner.
Today I turned down a super discounted trial offer for a group program, which also gave you a self-study library that made my mouth water, which you could keep for life.
But the thought of only joining to get my hands on the library but then being in a group and having to resign from that within a month – it was just daunting.
I only do self-study, and every time I ve joined a live training I ve felt drained and weird.
This is a big confession but I’m just not the type of mentor, nor client, to have or be in a community.

But that doesn’t mean I don’t have things to teach. Which in my case are stories that often begin with something Bon Jovi or with the philosophy that I called Rock Star Yoga.
I do think having Bon Jovi or the Rock Star mentality as a starting point is unique. I would have “learned” my life’s lessons a lot easier if it had been spiced up with, or wrapped up in, some solid Bon Jovi!
Storytelling is my healing craft, using Bon Jovi my specialty,  but if I would call it storytelling the “service provider” alarm would go off again.
Just like with yoga.

The service provider alarm and the group alarm; they go off a lot.
A lot!
If Covid measures had been set so tight as my service provider alarm, the Corona virus would not even have made it into this month, July.
And if the measures had been sanctioned with the same vigilance by which I am punished after being in a group (I m on day 5 of an anxiety attack, recovering from a group setting thingy I had at the end of last week)  – no one would have gotten it into their head to not obey they rules.

I am almost programmed negatively, to be part of this world.
Every step forward, is punishable by 5 days of anxiety and an existential crisis.
Which is why – during my three week absence here – I am ending my company/ freelance after 20 years.

So that impossibility of choosing a good name for this site, or what it is I do – without setting off my alarms – is just something I will have to live with.
I m happy I ditched the word yoga, because that definitely felt wrong. But to now have a header that just says “writer”, and not refer in any way that if you read my stories it will very likely make you feel better?
That you’ll be like: “Hey! If Suzanne f’s it up, yet she still shows up anyway, so can I!”
Rock Star “Writer” will never cover that.
There will always be people who expect I write about rock music, or will only ever write about Bon Jovi.
That was the price for cleaning up the website address and the name of the Facebook group.
It will never be perfect.
But I ve made my peace with that.
From now on, writing on this site, will continue “as planned”! Quotation marks meaning:  The writing was never planned.
Stories presented themselves as we went along, and that is the way they will keep being written.

In its own imperfect way, I have found my peace with the name and this blog never being perfect.
Which might explain why I was ready to write this tonight.
And why the other, second part of what it is I do, or did, is nowhere near feeling complete or right.
My YouTube.

Last Monday I recorded a video for it, and the short and very shameful version of it is: I tried to end it.
It really was a “Hey! I did this 1995 Bon Jovi concert series here, and tried to transform it into a more open topic channel, and it’s not working so Bye!” – video
It was 25 minutes long, and it was actually very upbeat and happy.
It wasn’t final-final.
“I am known to change my mind” it said.
But the only – the only! –  reason it wasn’t posted, was because despite it being the middle of the day, the video had one of those misty, pale colors veils over it, that I always hope is reserved for night time shooting.
It is not.
It had been 11 AM and I still had a misty veil over my 25 minute goodbye video.
I didn’t want that to be the last video, so it was cancelled.

And within a day, I could feel new ideas were coming up…. Not ending or pausing the channel had been such a good “decision”. Quotation marks meaning here that it was chance or divine intervention, because I had nothing to do with it.

And I can still feel that it’s a good thing that parting video from last Monday, did not get posted.
Even though it did contain a nice update on where I am in life, and all the exciting work related things that are going on.
How post-entrepreneurship, post-service provider, post-limiting label anything, life actually looks like.

Bottom line is that it’s cool!
Accepting that you have no idea where you’re going, and are clueless of where you are, is an unexpectedly calming realization.

Welcome, to wherever you are.

In June 2020, I renamed this site from Rock Star Yoga to Rock Star Writer.
I ll update all blogposts (there are 46) and will get my fingers into the YouTube channel soon, including retrieving content I had to take down in January because of technicalities.

These blog posts will go out randomly, as topics reveal themselves.
You can find the subscription button on this page, probably somewhere on the right.

* sadly enough all referrals/ links to the Rock Star “Yoga” page on Facebook (url), have become invalid. I intend to start curating this blog, and update the links.