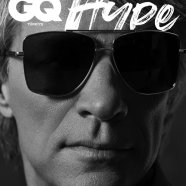 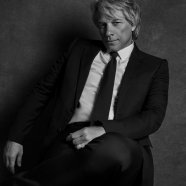 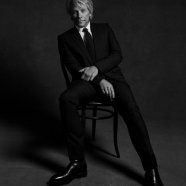 I felt something important had to be decided today! But I was not sure what it was…
Maybe stay offline, fulfill my destiny, purpose, knowing that my ultimate art will be living offline?
I call it “analogue heritage”.

My ultimate art will be to be offline.*
But just like my ultimate “look” will be wearing red lipstick day in day out;
I judged it wasn’t the time.

Red lipstick is very high maintenance; It smudges easily and after a meal you need to reapply.
Every time you ve worn a mouth mask, your carefully applied red lipstick comes out looking like it’s 3 A.M. and you had too much fun.

For the offline bit, my inspiration to create an analogue art project of myself
– in combination with carefully crafted online presence of one hour a day! –
I judged our current state of being Covid grounded and confined, ball and chained to our homes, the absolute worst time to go full in on that.*

If there ever was a time for online social interactions, online inspiration, and yes also for online wasting time with things that ultimately are the digital junk food and empty calories of our lives;
Then now was the time to go all in and binge on being online.

Now was definitely not the time to economize on being online.*
As tempting as it was to fall for the idea of becoming this peaceful hermit in a time when everybody has their mood tied to their news- or Twitter feed.
Which is especially true for the Netherlands.

Did you know no one gets vaccinated here?
It’s as ill-organized as our defenses in second world war.

So I think in 5 years the allied forces will come to save us, because it sure as hell doesn’t look like anything is under control here.
Which is actually quite surprising because in 2008/9, The Netherlands were the first to have everyone vaccinated for swine flu because they had it done by the army.

When late 2020 journalists starting making inquiries why the army wasn’t going to be involved in operation vaccination, it turned out that they initially had been; but then for unknown reasons had been sidelined.
I think now they’re officially at the table again, but it seems almost more symbolic.
Military is not running the show.

So The Netherlands have lost the vaccination race.
But since vaccination is probably not going to be the ultimate answer anyway, this is slowly but steadily losing its relevancy.
Five reasons why COVID herd immunity is probably impossible { Nature, March 18 2021 }

It’s time for more realistic expectations. The vaccine is “an absolutely astonishing development”,
but it’s unlikely to completely halt the spread, so we need to think of how we can live with the virus.

And a very meaty article, that I admit I did not read entirely. But it looks like the real deal:
The coronavirus is here to stay — here’s what that means { Nature, February 2021 }

The Dutch article states that a high percentage of the population being vaccinated, helps vaccine resistant Covid to spread.

Or, you make 2021 the year you do what I do, which is try an entirely new approach.
It is:

2. The only correct strategy is the one the majority of people believes in.

The first time I formulated this strategy was in the time of the banking crisis.
In 2008, the people who had known financial structures had been collapsing, had been expecting not just the collapse of the systems but also social unrest, riots, probably a civil war.
They were convinced the collapse of the financial system would have disastrous consequences.

In the years that followed, many people thought it was important not just for the systems to be more sturdy, (they are still nowhere near as tightly regulated as between the great depression early 20th century and Reagan/Thatcher era of deregulation);
But they also found it important that normal, previously not-informed people like you and me, had a better sense of the danger of this financial trapeze.
This illusion, the non-realness of money and the systems managing it.

It was BECAUSE the public didn’t know, didn’t care, and simply TRUSTED the financial systems to keep working;
That they kept on working.

The most dangerous thing you can do is convince people of death, decay, poverty and pending civil war.

We have just had elections in the Netherlands and a very optimistic party that wants to leave as much as possible to the market, has won.
Even though their reign has marginalized entire groups, and public housing is in its biggest crisis ever. Homelessness and people living with their parents because there are no houses, is soaring.
Yet everybody votes for the party who crashed all our social services, including our entire health-care system and bankrupting tens of thousands of families through a corrupt allowance system.
And the number of government-induced bankruptcies is still going up, because of poorly executed Covid relief allowances that now have to be paid back.

With so many financial consequences, why would so many Dutch people still vote for this party?

That is because they refuse to buy into the truth, that it is hopeless.
And although I did not vote for that party;
I see the power of simply holding on to your belief that you will make it.
You believe in the American Dream, the Dutch dream in this case.

Both the voters for this liberal party in the Netherlands, as well as the uninformed public in 2008 who did not understand the apocalyptic proportions of their banking crisis, have contributed or are contributing to the catastrophe not taking place or not taking hold.

Whether you believe in conspiracy theories, or science. Whether you re in favor of vaccination or not.
The moment you give the virus itself your attention, you are contributing to the crisis.

Does this mean you should not go along with the measures?
No.
That is your social structure.
We’re all part of a larger social structure, and it is our responsibility to be aware of the minds and moods of the people around us.

If people around you are afraid to catch the virus, or want you to vaccinate, or they don’t feel safe;
That IS your job to know, and act on/ make a decision on how you can or are willing to help.

It is your job to read, and adjust and be an agile responder to your social surroundings.
But it is NOT your job to distillate “the” truth.

Truth is what the majority believes.

If the majority believes vaccines play an important part in “going back to normal”, and vaccines are provided?
Things will go back to normal.
That’s the only thing that matters; What does the majority want? Then affirm that as true (as a leader) and act accordingly.

Fear of the Covid virus is for the majority of people something that is manageable by acknowledging it, and then the accepted or suggested measures are taken on as being helpful.
It’s like when a mother sees to a hurt knee (acknowledgement), applies a sticking plaster (measure), and then a little kiss (magic, love).
That’s how fear should be managed.

How it should not be managed is starting a discussion if crying or coming in to have the knee attended to is even nessecary; If a sticking plaster is technically the ideal tool/ measure; And leave out the kiss because there is no science backing it up.

For most people, for the majority, their fear (of death, really) can be managed by knowing that they are loved and looked after.
And that is really not just the responsibility from the government, but from all of us.

But right now, we’re all yelling and screaming and disagreeing in various degrees about;
if it is okay to even come in with the hurt knee, if the knee is technically hurt, if the plaster is good, and no one is giving that kiss (love) to the people who are scared. Even though that is probably the most important part.

So what can we do as individuals?
If you’re scared tend to yourself, like a mother to her child.
And I think if you look forward to getting vaccinated, take that shot.
But if it only makes your more anxious, discuss your options until you find something that feels good and manageable for you.

And if, like me, you’re not scared of the virus at all (nor of getting vaccinated), your job is to stay emphatic to all those people who are emotionally affected by Covid or who have strong feelings about vaccines.
And their reasons to be emotionally involved can vary, for example because their own health is not optimal, because of what they believe to be true, because they re scared for their loved ones, or because of their work which maybe ended, is nearly impossible or has become dangerous because of Covid.
Your job is to stay open to their stories.

But as far as ourselves? Our minds, our options, our responsibilities even to not make the problem bigger by drawing attention to it, and magnifying it?
My suggestion is that you live your life, in full trust that it will end soon. That it will be solved.

So do the things now that you do not want to be bothered with anymore, once the Covid crisis is over.
Clear out your house, do your projects that require screen time, or being indoors.
Consolidate your life, so that you are in the starting blocks to fly out when Covid is over.

And the other part is:
Behave in the way you would when there is no Covid.
Don’t postpone Life.

This was sparked when I saw Jon Bon Jovi’s photos in GQ magazine.
He looked so sharp.
After months of home made live streams and hairdressers not being available, months of seeing him in T-shirt, this professional photo shoot with him in suit, in casual chic, and with the grey hair perfectly styled, were a breath of fresh air.
A spark of inspiration.

So dress up, like Jon Bon Jovi.
Wear your best clothes, and take good care of yourself.
Upgrade the f out of life!

And forget the practicalities.

In my case:
Wear red lipstick.

Trusting that going out until 3 A.M. and having too much fun, will one day follow.

* BEING OFFLINE IS MY ART
I seem to have this thing, that whenever I come to the conclusion that something is a terrible idea? I have to do it! So I DID start being offline despite Covid ruling out real life contact.
Just like I started wearing red lipstick despite the face masks.
My project “Being offline is my art” will be posted on daily on Rock Star Writer on Facebook and my personal Twitter account.
Starting Saturday night March 27.

Naturally Subscribe to the blog, to get these posts in your mailbox.
You can find the subscription button on this page, probably somewhere on the right.